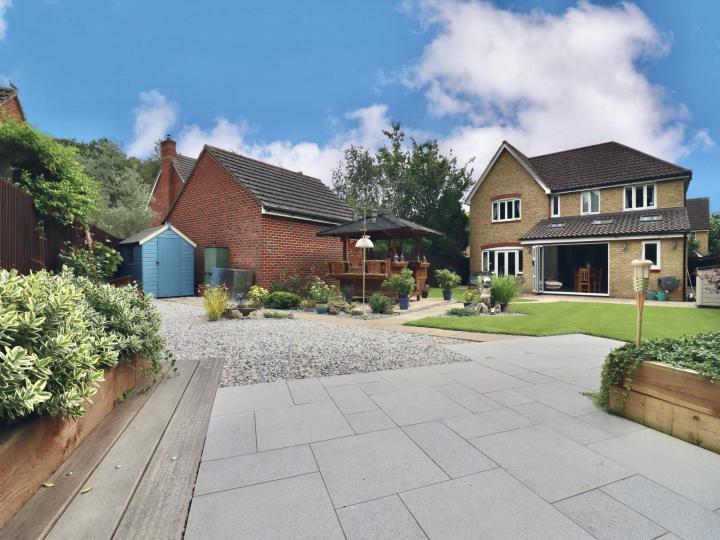 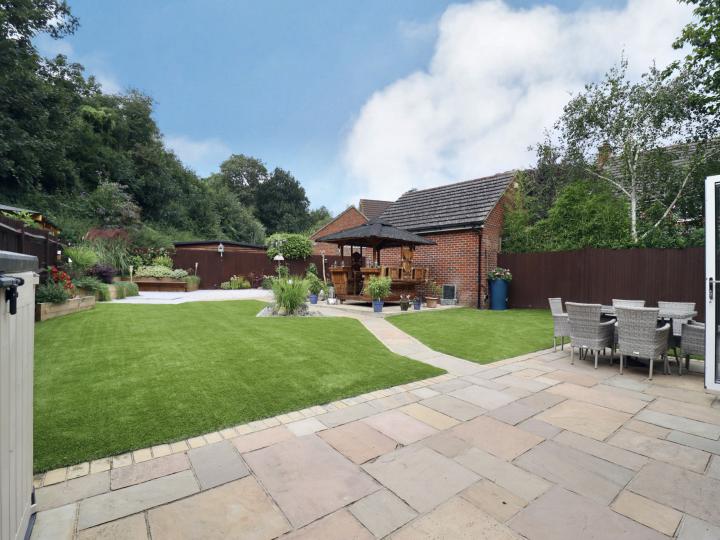 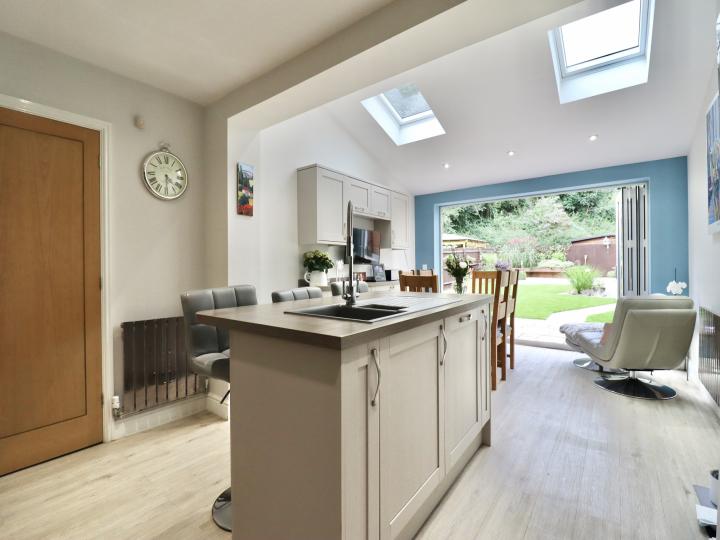 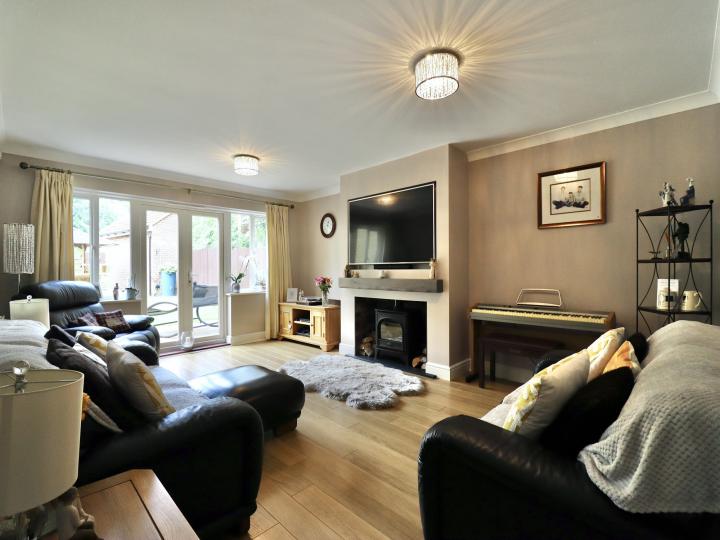 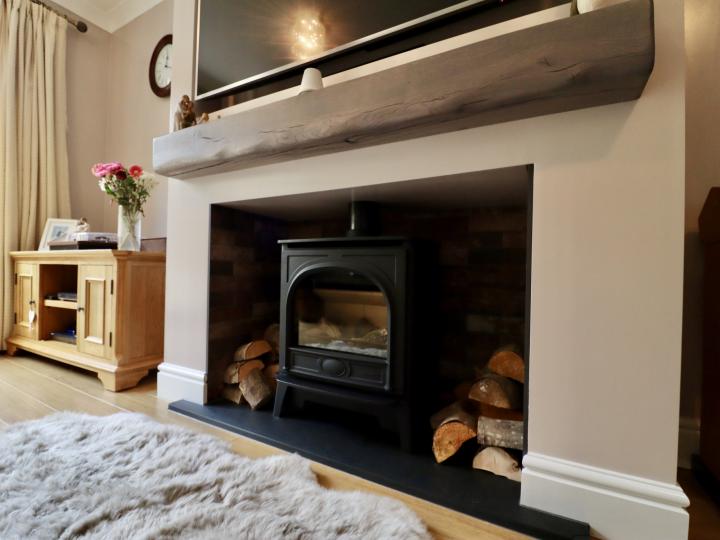 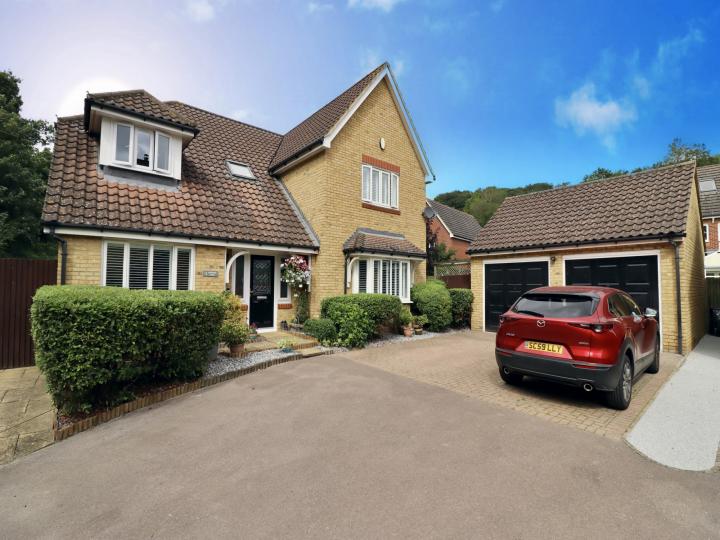 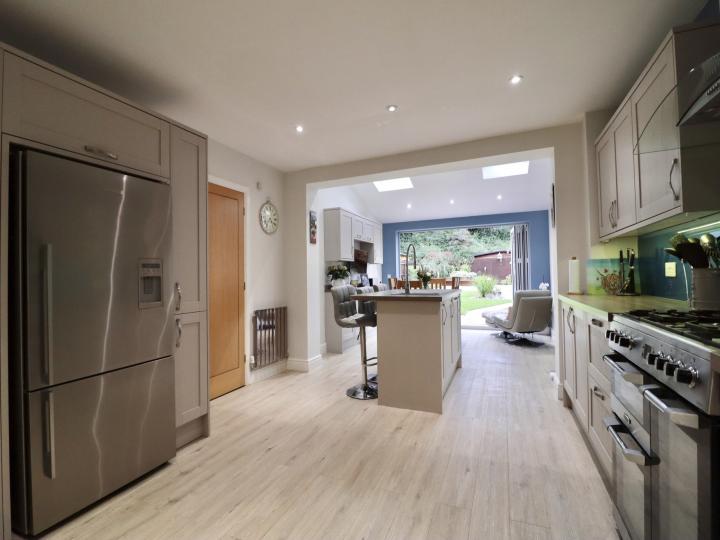 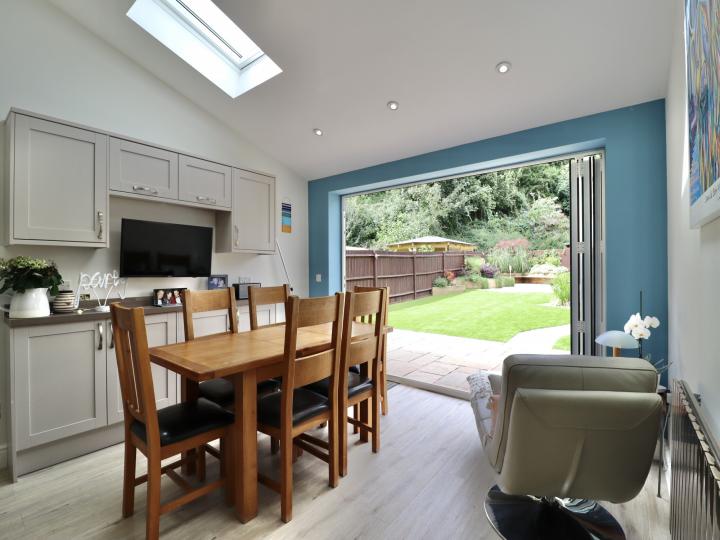 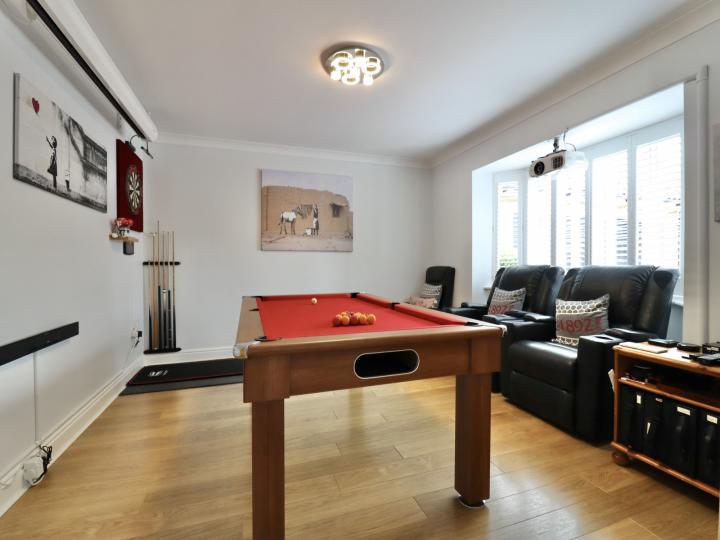 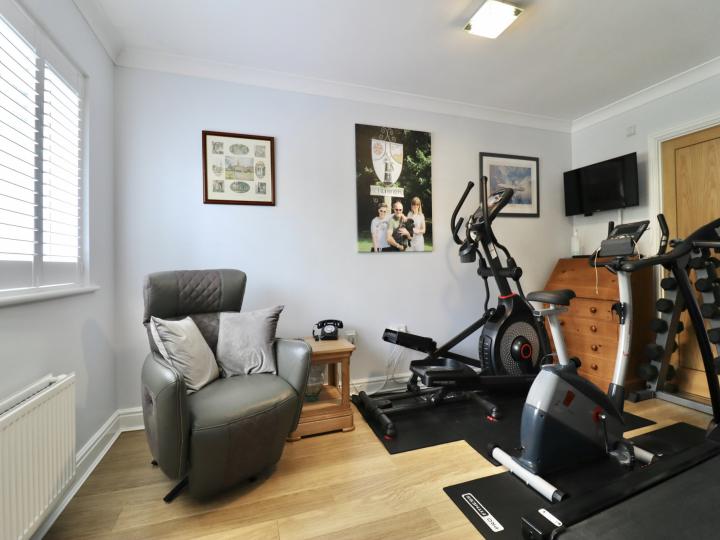 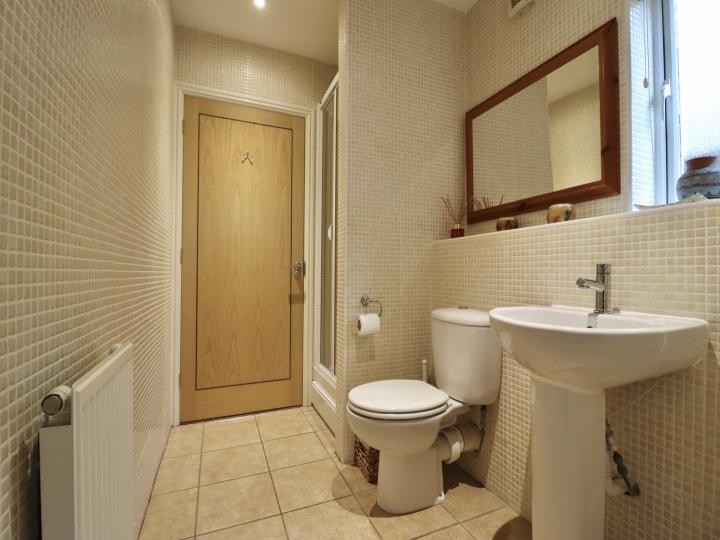 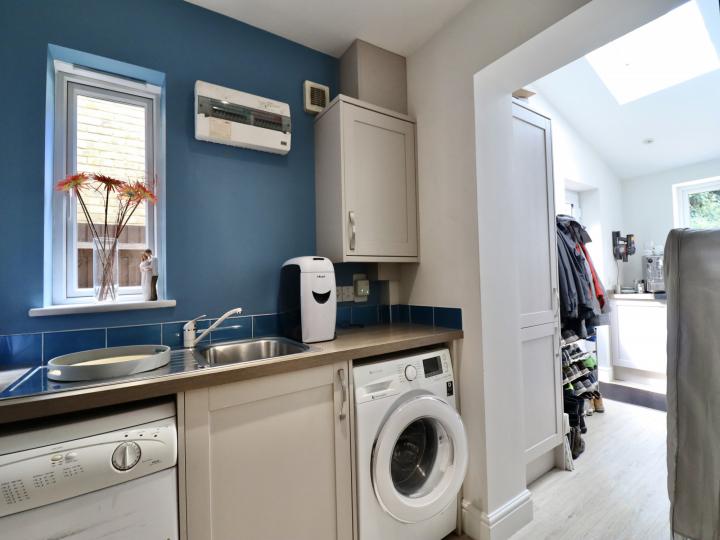 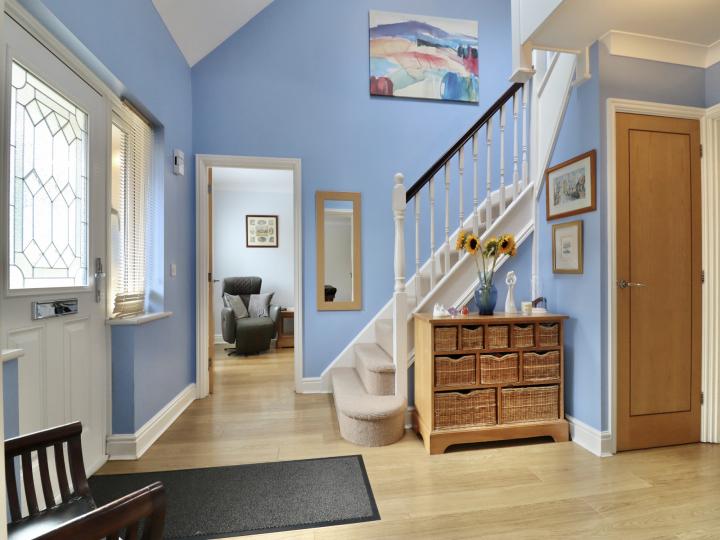 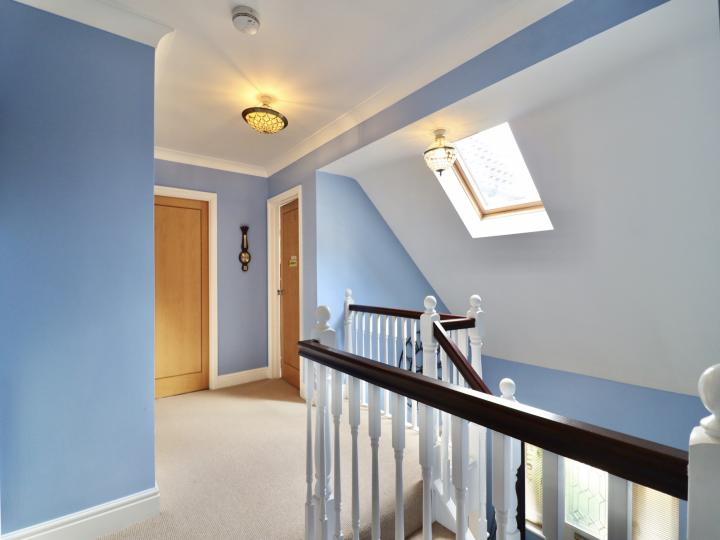 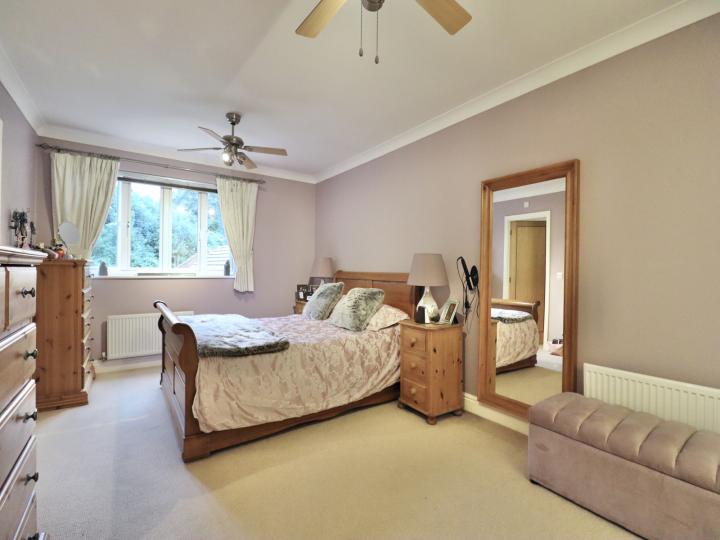 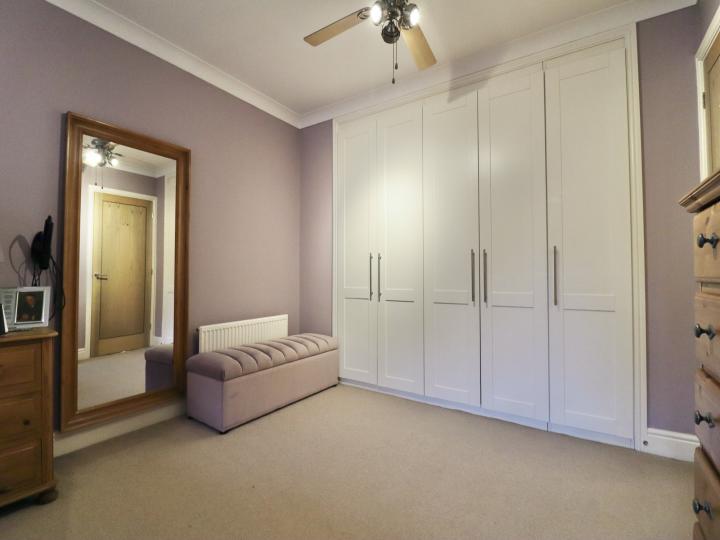 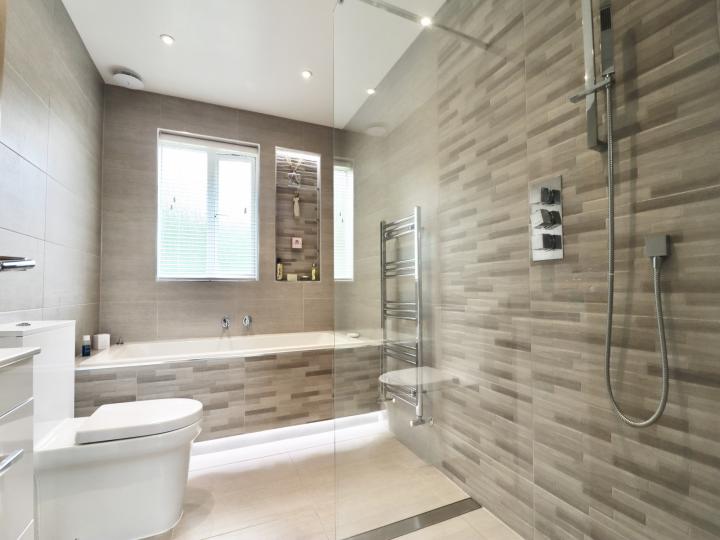 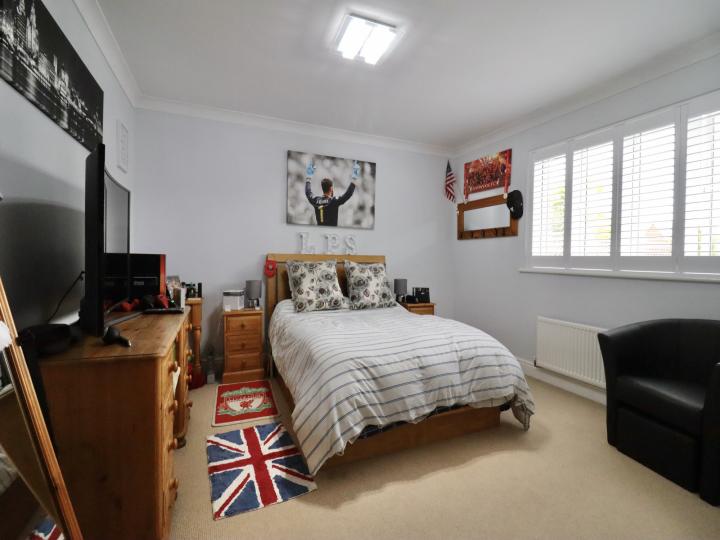 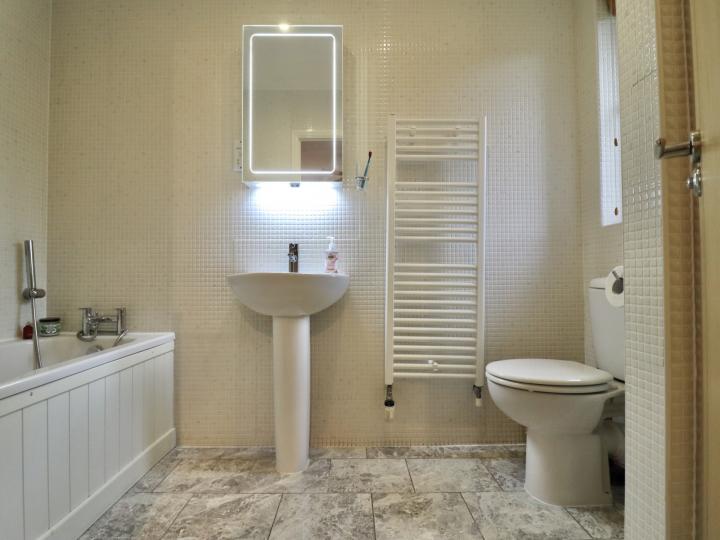 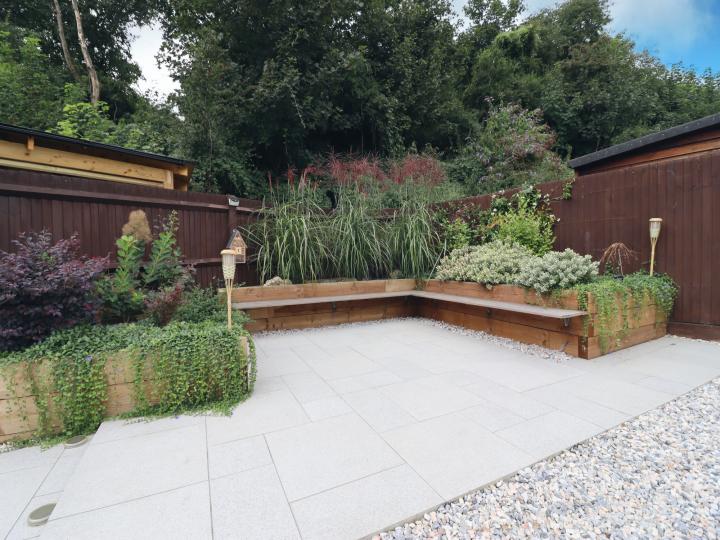 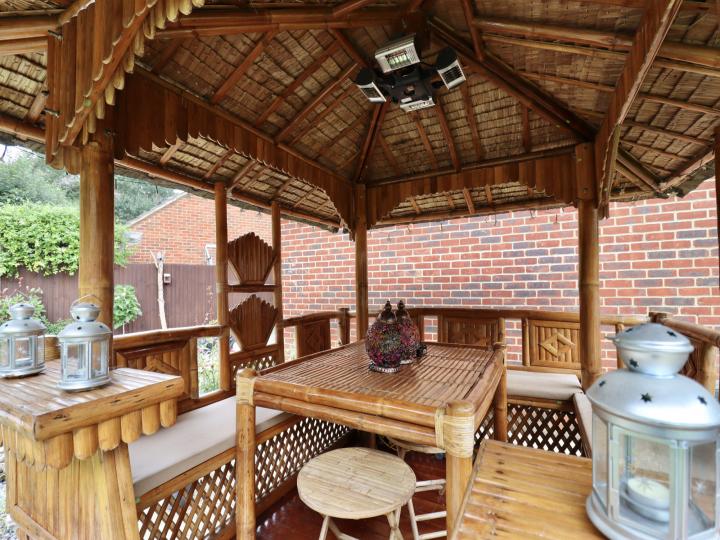 This luxurious 4/5 bedroom detached executive family home is situated in a quiet cul-de-sac in the much sought after Lower Upnor. The property is positioned just a few minutes walk to the river, on a well maintained development surrounded by plenty of open space including a park and woodland.

As you approach the property you have plenty of parking for multiple cars on the driveway which leads to a large double garage. On entering the house you are greeted by an impressive entrance hall with a large skylight which floods in lots of natural light and gives access to a large reception/games room with bay window to the front. A stunning lounge with feature fire place and double doors that lead to a beautiful Landscaped rear garden. An outstanding extended kitchen/dining room with modern center island and fitted units, multiple skylights and tri-folding doors opening onto the sandstone patio area making it the perfect place to entertain. Extended utility room also with fitted units, chic downstairs shower room and the fifth bedroom/reception room which is currently being used as a gym.

The first floor boasts an imposing landing, grand master bedroom with built in wardrobes, alluring en-suite with its own bath and separate shower. The second double bedroom also has built in wardrobes, third generously sized double bedroom, fourth bedroom which is currently being used as the study and a recently installed contemporary family bathroom with walk in shower and marvelous bath with under lighting making it the perfect place to relax and unwind.

The rear garden has been massively improved by the current owners and features multiple patio seating areas which will be heavenly on those long summer days, superior artificial lawn with a variety of flower and shrub borders as well as side access.

Upnor is a popular village sitting on the western bank of the river Medway, steeped in history. The village features a wealth of character with four public houses, a beautiful church and of course Upnor Castle, which is a preserved monument part of the river defenses from the sixteenth century. The nearby A228 and M2 mean that you are only minutes from Strood or Ebbsfleet train stations which both offer a fast service into London.

The Hundred of Hoo School